But learner drivers will finally be allowed to have lessons on motorways in a matter of months after a change in the road rules. The move follows years of pressure from road safety groups over what they argued was a long-running safety omission.

While motorways are the safest type of road to travel on, the bar on learners using them meant they tended to be tackled for the first time by newly qualified drivers, who would often be alone in the car.

Post-test motorway courses are available to teach the specific skills needed for driving on them, but government research found that only a very small percentage of new drivers were taking these.

From next year, a change to the law will allow learners to drive on motorways, but only with a qualified driving instructor in a dual-control car, said the transport secretary, Chris Grayling.

It will apply only to cars, not to motorbikes, and only in England, Wales and Scotland.

Younger drivers are up to seven times more likely to be killed or seriously injured compared with drivers over 25, and lack of experience is an important factor Grayling said.

Government figures show that only about 3% of new drivers take the Pass Plus course, a six-hour post-pass instruction that includes being shown how best to drive on motorways.

At the end of last year the DfT launched a formal consultation on changing the law, asking whether the change should happen and, if so, how it could be best implemented. 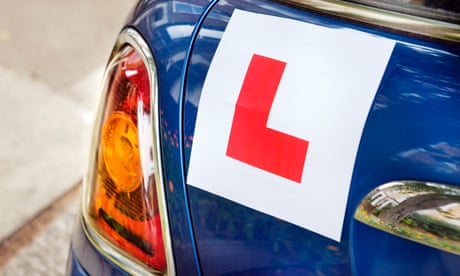 The response was positive, with the Approved Driving Instructors National Joint Council saying it had been part of a campaign for this change for many years. The Royal Society for the Prevention of Accidents also backed it, subject to safeguards of the sort outlined by Grayling.

The RAC welcomed Grayling’s decision to push ahead with the change. While motorways are statistically our safest roads, it can be daunting using them for the first time after passing the driving test, said Pete Williams, from the organisation.

Giving learners the option to gain valuable experience on our fastest and busiest roads should further improve safety and enhance the confidence of new drivers.

Jasmine Halstead, head of learning and development at the British School of Motoring, said: If learners aren’t allowed to practice on motorways under supervision, then some will avoid motorways, and others will use motorways incorrectly when they have passed their test.

Hence it is great news for road safety that learners will be able to drive on motorways under supervision.